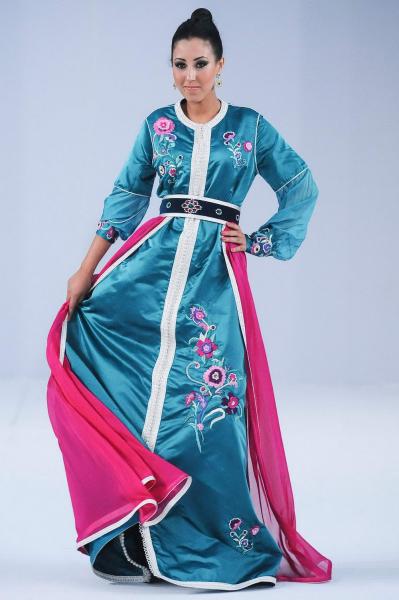 Hanan Lebanese, designed Moroccan city of Casablanca in Morocco, a resident, where she specialized in Moroccan caftan haute couture, as well as in the rest of fashion, such as traditional Moroccan robes, and Alڭndorh Aljbdor, and even wedding dresses and haute couture. Hanan designed based on the Lebanese skilled artisans Moroccans who know how to make Moroccan caftan manually on the way traditional Moroccan thoroughbreds with the use of raw materials of high quality. Her numerous posts at the local and the global, especially in the fashion world as Exhibit Offers Dubai for the bride and Exhibition Kaftan Fashion Days in Morocco. As her posts at the media, where she was a guest of many TV and radio and the Arab world and as well as interviews with the most famous newspapers and women's magazines. Wore costumes of many artists, actors and singers, as well as journalists and well-known personalities, and this gave the Lebanese Hanan designed for prestige, where she arrived in the world of design and fashion